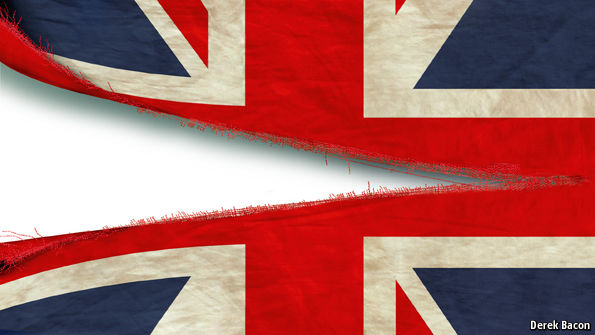 So then exit fantasist, it is time to make good on your histrionic promise of liberty. Everything that happens is on your watch. All the tribulations and vicissitudes of the economy are yours. The pound fell to its lowest point since 1985 and the Bank of England is poised to intervene. Standard and Poor’s have said that the UK will lose its fine credit rating. The stock market was down 8.5 per cent in early trading. This is not just a downgrade in the value of assets. It is a leading indicator of the financial turmoil to come. If there is a recession, it is your recession. If inflation goes up and interest rates follow with an attendant spate of repossessions, it’s all yours. Well done.

And for what, exit fantasist? For what? The notion that Britain was not free until the early hours of this morning is the single most childish claim I have ever heard in British politics. I have heard grown people, who ought to know better, talk of serfdom and calling June 23rd “independence day”. This is thinking that is profoundly unconservative, placing an abstract idea above the concrete facts of life. When the sun came up this morning — a new dawn was it not? — it meant nothing to pretend that we have passed from servitude into liberty. It is the emptiest campaign slogan, the self-satisfied bluster of a fluent intellectual dwarf. It is a victory but a victory from which it is going to take an age to recover.

Also good is the Economist’s article A tragic split.