As modern life became more processed, filtered, and digital, delivered through screens to the eyes and brain, I decided to open up another avenue of consciousness by cultivating my senses. I’d always listened very closely to music. Now I started listening in the same way to birdsong, insect noise, the different sounds that wind and traffic can make, the rhythms that form and dissolve in the urban grind and clatter. When people came to my wooden-floored house, I paid close attention to the weight and rhythm of their footsteps, and tried to learn the sound of their gaits, so I could recognise them as they walked up the stone path to the front door.

British journalist Richard Grant tells a personal story about the influence friend and mentor Charles Bowden effected on him in a beautiful article on Aeon.

Charles Bowden who lived in Las Cruces, New Mexico was an author and journalist who often wrote voraciously about life in the Southwest. He is most famous perhaps for the book Down by the River, non-fiction about the drug trade and brutality of the border towns. Writers might enjoy this short video on youtube from 2005 where he describes his beliefs and process. 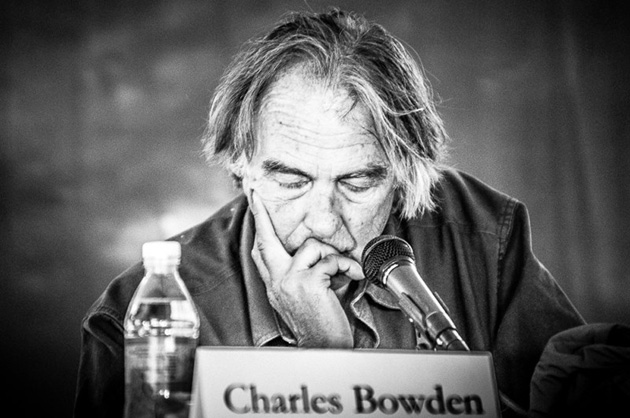