I love Girls, but sympathise with the show’s creator Lena Dunham who has been bombarded with criticism, for what I see as a well written, well acted and engaging series with strong voice. The below is from a good analysis of this with a feminist perspective from New Statesman’s Laurie Penny.

Nobody is saying that Lena Dunham doesn’t deserve critique. Debate and discussion is part of the life of a piece of art, particularly when it comes to episodic television, which has replaced film as the dominant medium of collective storytelling. What is curious is that no male showrunner has ever been subject to quite this sort of intense personal scrutiny, this who-are-you-and-how-dare-you. No male showrunner has ever been asked to speak to a universal male experience in the same way, because “man” is still a synonym for “human being” in a way that “woman” is not.

via Why Lena Dunham's Girls can't represent every woman – and why it shouldn't have to. 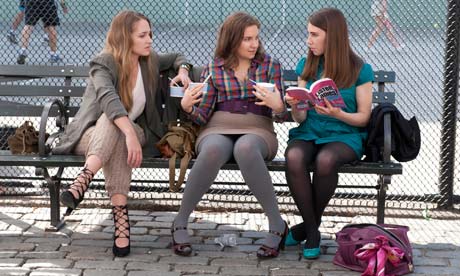